Objective: Encourage consumers to share their photos taken at the Empire State Building for the #ESBMoment photo competition

Use Case: Photo Contest with Voting 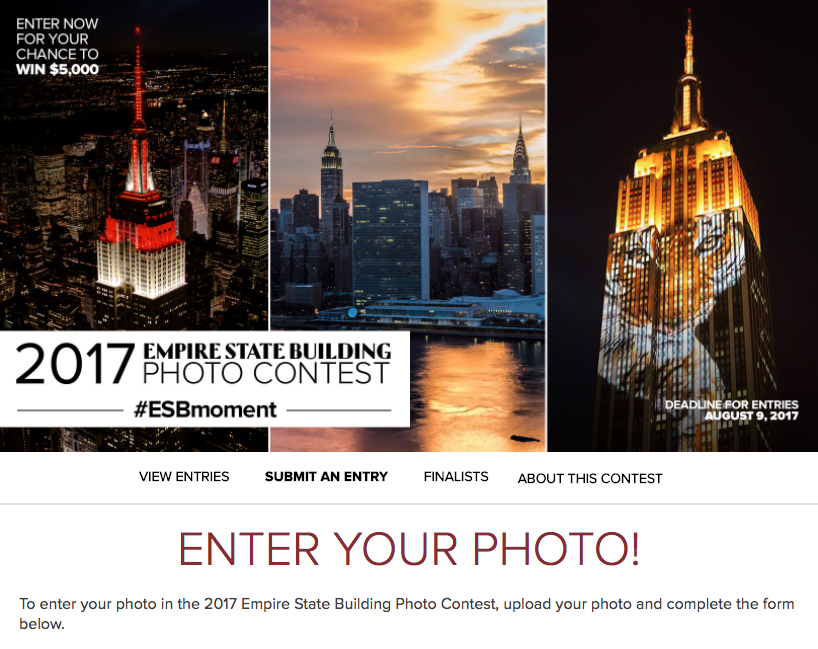 President Herbert Hoover dedicated the Empire State Building during a ceremony on May 1, 1931, and for 41 years it was considered the tallest building in the world. Since its completion, the Empire State Building has stood at the center of it all, a global symbol for New York City and innovation. It also happens to be one of the most photographed landmarks in the world, which makes sense considering 10,000 – 20,000 people visit the landmark each day. 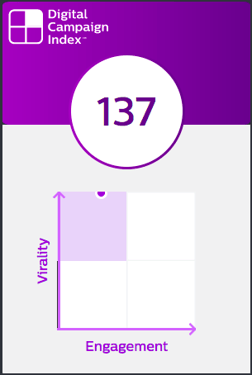 The Empire State Building’s #ESBMoment photo contest is on a solid course for success with a DCI Score of 137, comprised of an Engagement Score (ES) of 63 and a Virality Score (VS) of 212. This campaign’s overall DCI is elevated by its high virality score, which is a result of this campaign’s sharing and voting components.

The campaign’s DCI Score is the result of several best practices that the Empire State Building’s team implemented to encourage sharing, including adding a hashtag to their campaign, accepting submissions via social media and direct upload using the Wyng Photo and Video Contest use case. To maximize engagement, they also aggregated submissions into a photo gallery.

Like the Weather Channel did in last week’s Campaign of the Week, the Empire State Building team launched a multi-step campaign to maximize both engagement and virality. Consumers are first prompted to submit a photo, and then encouraged to vote on their favorite submission each week. Six rounds of submissions and fan faves voting encourages even more engagement and sharing before a grand prize winner is announced on August 26th.

Check out more details on their mid-campaign Engagement Score (ES) and Virality Score (VS) below.

The Empire State Building team optimized their campaign to take advantage of the content already being published by enabling people to simply add #ESBMoment and #contest to enter the contest and by incorporating their campaign into their Facebook page. The team might also consider adding the campaign gallery to their website, or creating a Countdown Calendar embed to unveil their fan fave winner each week to increase engagement even further.