Campaign of the Week: M&M’s and Walgreens ‘Red Nose’ Day 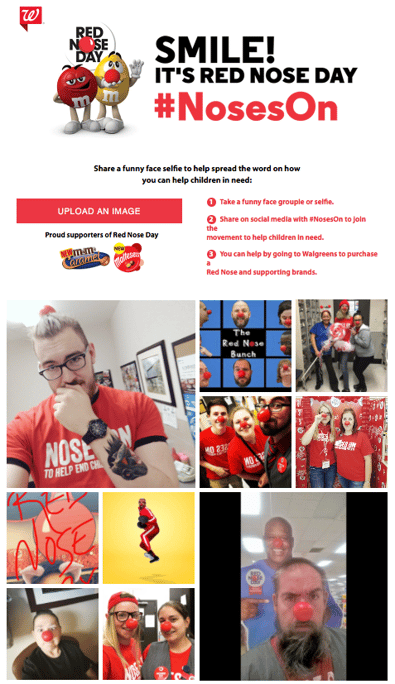 M&M's and Walgreens are on a mission to raise awareness, money and hopefully generate lots of laughs for the third annual Red Nose Day, a social media campaign dedicated to raising money for children and young people living in poverty.  Throughout the six-week campaign, people of all ages are encouraged to come together and upload their zaniest photo wearing the campaign’s iconic Red Noses to the campaign’s flex grid user generated content gallery. M&M’s and Walgreens are giving consumers the chance to have a little fun while contributing to a great cause – and in the process hit on three best practices to keep in mind when planning a digital campaign.

This year, the Red Nose Day campaign will culminate in a night of special television programming celebrating Red Nose Day on May 25 starting at 8 p.m. on NBC, an event that is sure to raise considerable more donations and even more red nosed selfies.