Campaign of the Week: USA's #SuitsInspiration 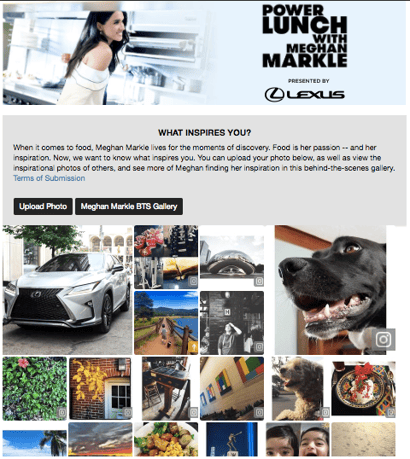 Every Wednesday, two million viewers tune in to USA's legal drama, "Suits." Intelligent, cunning, and witty, the show's characters are rarely in over their heads, like Mike Ross, who helps his peers close major cases — without ever having passed the bar. To promote their most recent season, the sixth, the show ran with that theme and built an integrated marketing campaign with Lexus around the idea of inspiration. Meaghan Markle, who plays Rachel Zane, is inspired by food, so the show shot five videos of her touring famous "power lunch" restaurants in NYC. At the same time, consumers are encouraged to submit their own content using the hashtag #SuitsInspiration. We at Wyng are pretty inspired, specifically in regards to these techniques:

A campaign built around inspiration should be impressive itself — and USA's "Suits" campaign provides the perfect evidence for that fact.